Since 1957
ABOUT Fairy Tale Forest 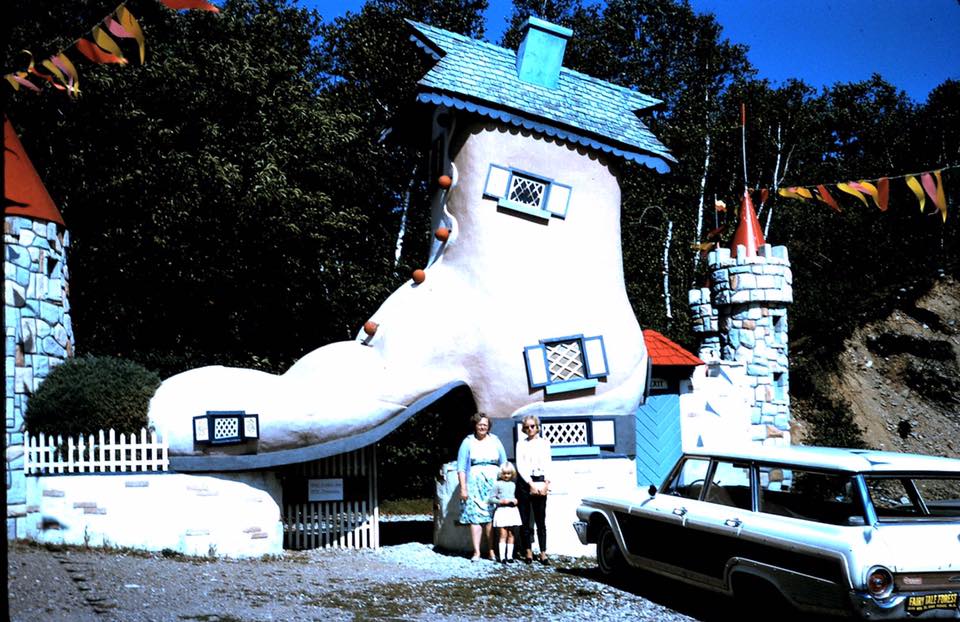 The story of Fairy Tale Forest began in 1953 when Paul Woehle, Sr., a German immigrant, started to build Fairy Tale Forest at the age of 40. He came from a family of thirteen children and his mother used to read them the Grimm's fairy tales every night by the kitchen stove. The cottages were all designed and made by Woehle, his two sons and the support of his wife Lisette. It started off very simply with the front fecade which is still seen from the road today and a few storybook cottages, a milk bar offering ice cream, hot dogs, french fries, cracker jacks and the like and a small arcade with a few coin operated rides and ski ball.

The winding path led guests through the woods, and along the way they were able to glimpse key moments from the Brothers Grimm fairy tales. Eventually there were More than 20 attractions nestled in the trees, with the interiors depicting tableaus from the most famous children’s stories. Woehle worked on his project in phases over the years. In the 1970's he converted the small arcade into an animated three ring circus which he designed and had made in Germany in remembrance to the Ringling Brothers Barnum and Bailey circus that used to come through the town of Oak Ridge. Soon after came Santa's Village and The Shoe Cobbler.

In the winter of 1987, the forest started a new tradition in Oak Ridge when it was decorated and bursting with lights, transforming it into a winter wonderland the likes of which can nowadays rarely be found outside of story books. Those visiting the forest in winter could expect to be greeted by Frosty the Snowman and a cup of hot chocolate. Santa Claus awaited eager youngsters in his Christmas House, and gently interrogated each for his or her Christmas wishes 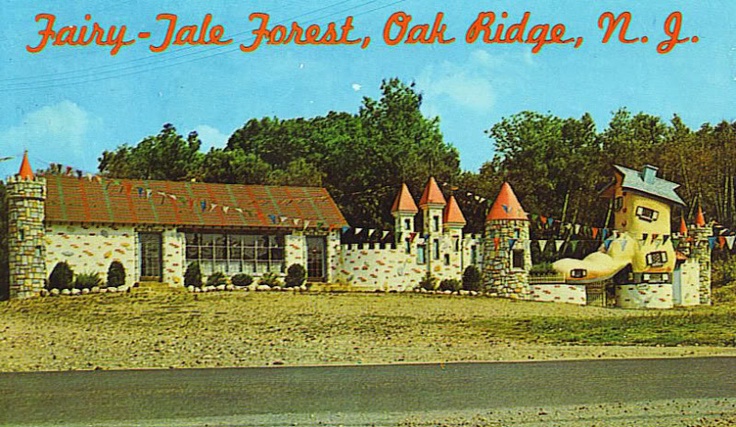 In many ways the 1950s, 1960's and 1970's were golden years at the park, and it was filled with locals, summer residents and folks visiting for the day. Fairy Tale Forest was a favorite spot for school, summer camps and church outings. The park seemed to fill a perfect niche at Oak Ridge . In the 70's they brought in the kiddie carousel and fire engine rides added a gift shop, magic shows and storytelling from a small stage in the park.

But America was changing and by the early 1980's, Fairy Tale Forest was feeling the competition from larger parks as well as the slowing of the baby boom. Other parks had already succumbed –Jungle Habitat closed in 1976 and Acton Park appeared with it’s Alpine Slide and Water Park. Visitors began to feel that the attraction was becoming dated and in 2003 the dwindling visitors eventually forced the park to close.

In 1993, pop star Mariah Carey utilized the park as a location for the music video, ”All I Want for Christmas Is You”. Outdoor scenes were shot at the Fairy Tale Forest, where Carey’s then-husband Tommy Mottola made a cameo appearance as Santa Claus.

Today, against what seems like all odds, Fairytale Forest has been reborn, with the grounds once again helmed by a member of the founding family. Those who remember Fairytale Forest as it was now have the opportunity to bring their own children to experience the wonder found in that patch of woods in Oak Ridge, New Jersey.

Sorry, there are no upcoming events scheduled at this time.

Our Mission
Testimonials
I have many great memories from Fairy Tale Forest from a young child roaming along the paths to see all the best children's stories come to life, to experiencing childhood fantasies through my children's eyes.
Karen K.
Magic! This place is pure magic! Love this place as a child.
Carla T.
Honestly I have to say Fairy Tale Forest is a magical place to inspire your children to dream.
Rod C Sparta, NJ
Fairy Tale Forest is a charming, low-key entertaining amusement park that helps children develop their imagination while forming bonds and making priceless memories with the adults that brought them to The Forest. The memories last a lifetime!
Mary P.
I recommend coming to the park and enjoy strolling through the place. I found it a place of happiness and joy.
Monica S.
Many wonderful childhood memories in Fairytale Forest! Looking forward to going with my boys.
Laura C.
Many childhood and then adult memories of this place... it's very special!
Nelson S.
Wow! Childhood memories ! Who doesn’t have them from this place ??
Ace L.